How sweet it was to be blown away by the sheer exuberance of the Chris Poulsen Trio on Friday (June 17) at the Brisbane Jazz Club. With Poulsen on keyboards/synth, Jeremy O’Connor on electric bass and ukulele bass, and Dan Smith on drums, these musicians delivered a stellar night to a whistling and whooping audience. All hailing from Brisbane, these local musos were smoking from the word ‘go’.

The trio launched into ‘Brother Smell the Bread’, an original song. Immediately we were in a world of edgy, modern jazz; think Medeski Martin & Wood. Funky dissonance, intense and exploratory solos from Poulsen’s synth and O’Connor’s uke rang out as Smith chopped up the time signatures underneath them. 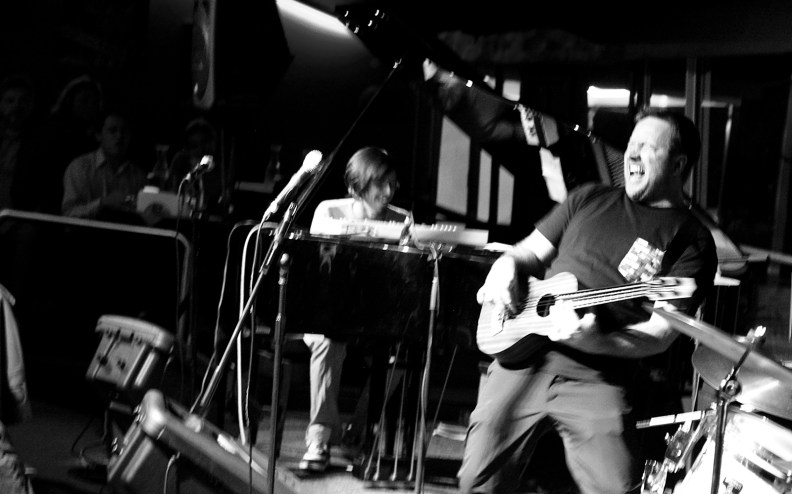 One minute Poulsen was scrunched up tight over the piano keys; next he was standing, fingers flying over the synth, eyes on O’Connor. The bassist mesmerised the audience with his showmanship. Yet the trio was so friendly to the audience, like: we’re just regular dudes having a good time. It belied their mastery of their art.

In ‘Blue Monk’, Poulsen began whimsically and almost absentmindedly, with perfectly Monkesque ‘off’ notes. Bassist O’Connor piled in with fast, fat solos full of jest while Smith’s deceptively casual drums kept it all together. They occasionally fell silent to let space itself take centre stage for a second or two, before re-entering the fray. It was clever. It was serious. It was awesome. 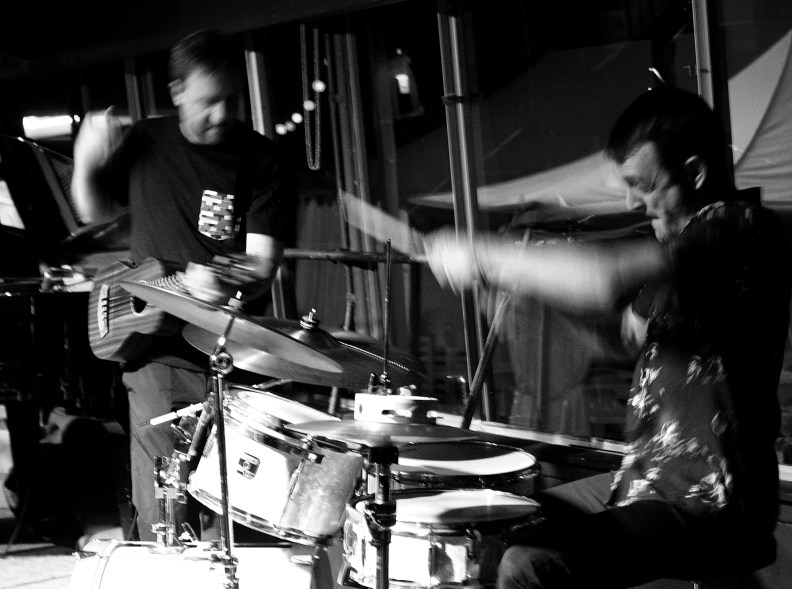 They played ‘Get On With It’ from their 2013 album ‘David & Goliath’. Before the gig, Poulsen said the album tells the biblical story of David and Goliath.

“So each track on the album is like a scene out of the story,” he said.

“The album’s been popular with the jazz students in town, they cover our songs,” O’Connor added. Well deserved acknowledgement.

The band played Wayne Shorter’s ‘Night Dreamer’, an uplifting jazz waltz. Poulsen said he used to listen to it on the train…for about a year. On Friday he played it at the BJC, exploring the harmonic possibilities like a bird soaring high over a musical landscape. It was gorgeous.

In a medley of fast bebop songs ending with Miles Davis’ ‘Seven Steps To Heaven’, O’Connor’s bass was a thunderous train, the grimacing musicians faded out to the sound of Smith’s sweeping brushes. In the end, the entire club became so quiet you could hear Smith flicking his brushes against the air. He had us in the palm of his hand. Or perhaps I should say the flick of his wrist.

Among many other gems, the trio played Brubeck’s ‘Take Five’, with Poulsen’s piano solo maniacally changing up in chromatic steps. A Jeremy O’Connor composition ‘Party Pepper’ was funky, with enjoyably unpredictable changes in tempo and plenty of bluesy runs. 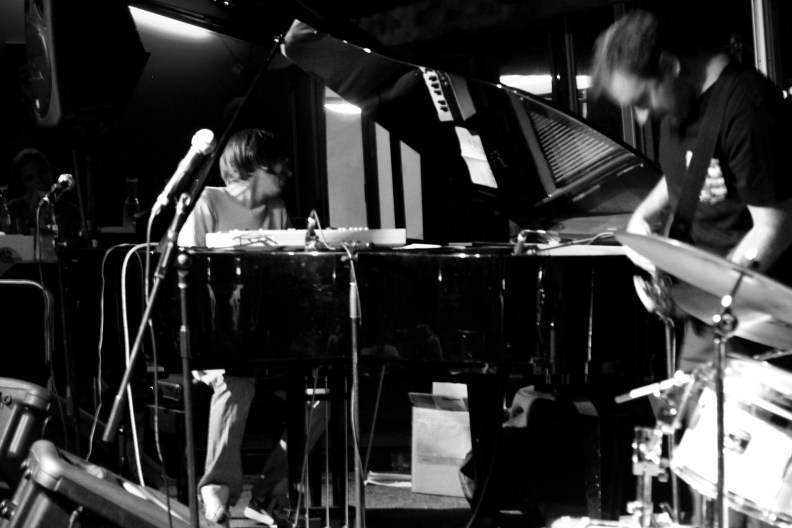 On my way out, I heard someone say, “Have you ever seen a bass player entertain a crowd like that?”

A testament that the Chris Poulsen Trio is a band made up of excellent musicians and consummate performers. It was my lucky night to catch them.