Dusty The Original Pop Diva: Son Of A Preacher Man

The backing vocalists ran through their parts in Son Of A Preacher Man, from the album Dusty in Memphis. It was a hit for Dusty Springfield in the U.S., and UK in 1969, and a defining moment for the singer from North London.

Musical Director June Gemmell really puts our girls through their paces, repeating phrases again and again to pin down their syncopations, as does Assistant Musical Director Robyn Ryan.

Then choreographer Lynette Wockner summons them and they have to dance! Haha. I’m glad I’m just the piano player.

This is Megan Humby’s first time in a musical. How good is that? She holds all her harmonies well and I think the bosses are bossing her into stepping away from the shade and arriving! Ta Da! Watch this space!

There’s no shade around Bianca Jade Armstrong. She radiates sunshine, is beautiful and has lungs to blow down a house. So it’s handy that her voice is fab and she has impeccable rhythm and timing, innit? Grade 6 AMEB Singing, I believe.

She has tough lines to sing in the big all-cast rocker, My Generation, very fast triplets and syncopated phrases looping in an odd meter.

Lisa-Marie Evans is a dance instructor and studied theatre, so no surprise that there are some pretty hot moves coming from her, especially when she sings in Son of a Preacher Man.

Bubbly and gloriously mad Jess Heath with her infectious smile was in a local production of Guys and Dolls. So glad she’s with us now! 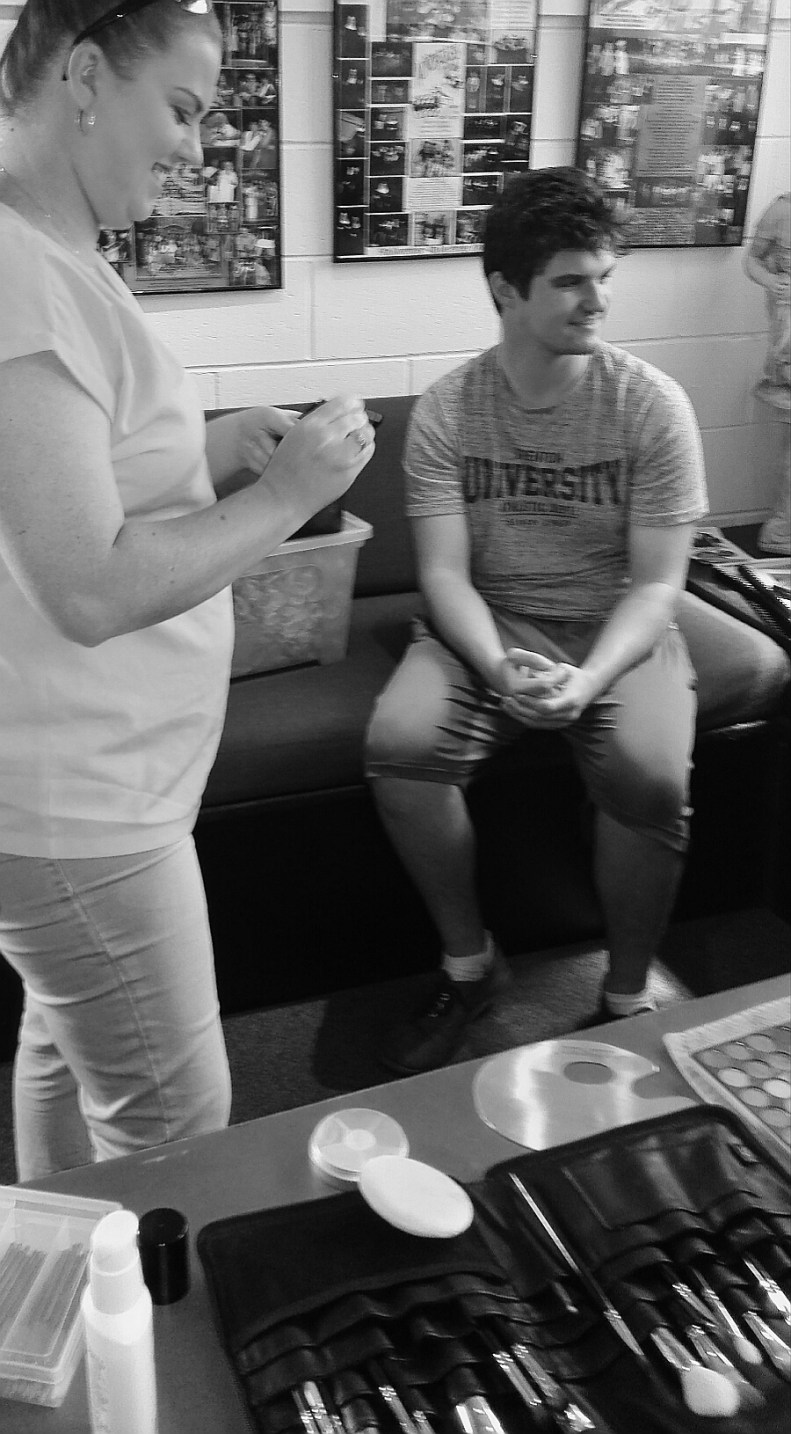 Amanda is based near Brown Plains, and has been studying at the National Academy of Beauty in Brisbane CBD. She’s going to graduate in November.

Amanda wants to work in the area of Formal and Bridal (make-up and hair) although she says she’s open to anything. You can contact her on 0401 079 111.

“I want to work freelance, to work around the kids, and am building up a name for myself right now,” she said.

And just how amazing did she make James look?

For that, you need to come to Dusty The Ultimate Pop Diva at the Sunnybank Theatre in November 🙂 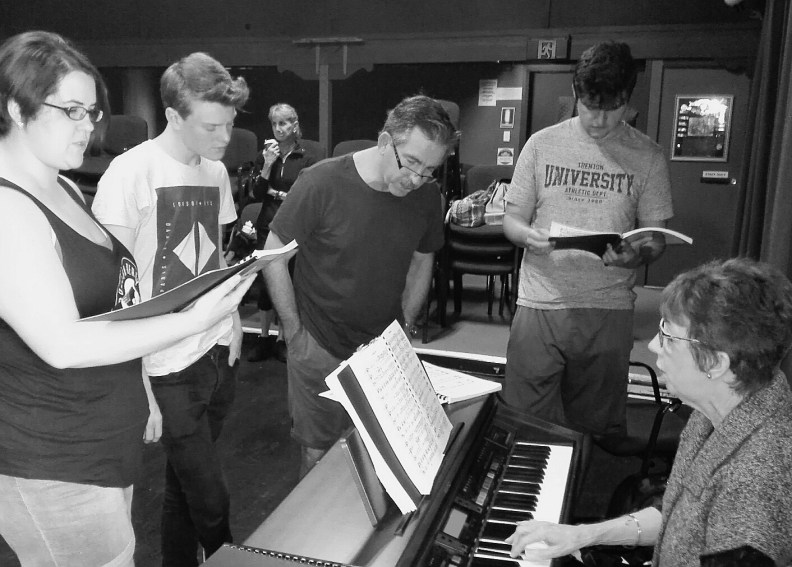 Simone Monie Healey, Liam, Gary McEwen, and James, singing under the direction of June, The Whip-Cracker.