Roger and Mia don’t get together much because Mia lives in Tasmania now but comes back to Sabah when she can. 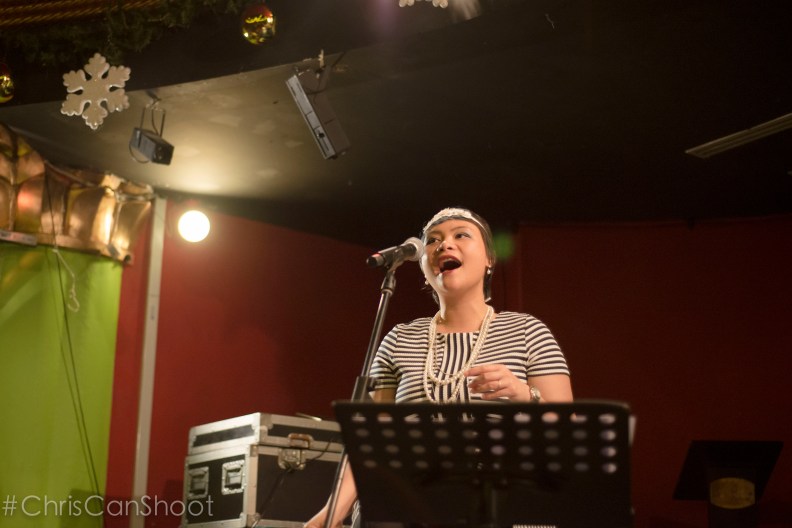 I love Mia’s voice. She soars high, clear, effortlessly. She plunges low, rich and warm. She has impeccable rhythm, whether she drives the beat, is behind it, or is making a counter beat. 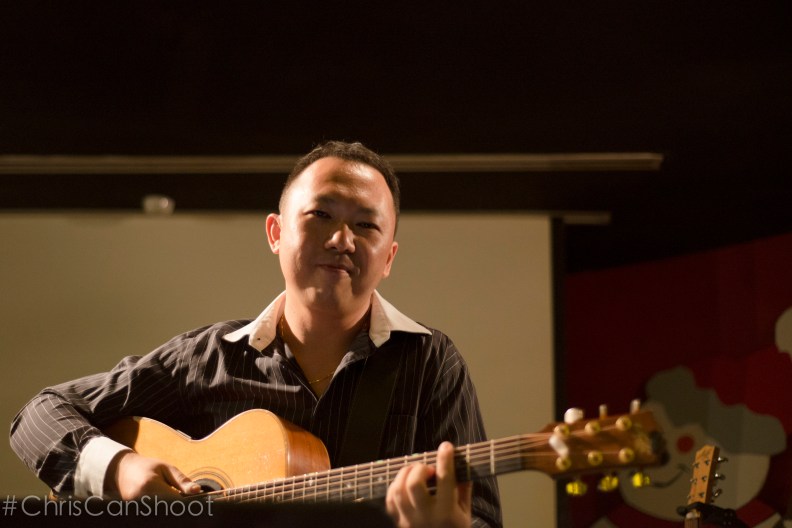 When Mia took a break Roger played his amazing arrangement of Dance Of The Sugar Plum Fairy, tinkling top melody and harmonies plus supporting bass lines all coming from the same source: him.

Roger has so much space in his music. His finger style allows him to pare his sound down to a single note, before filling the air with flurries of beautiful thoughtfulness. He is the glove to Mia’s hand, and their audience savours every note.

The seating arrangement reminded me of community theatre: close, intimate, familiar. Double Take has a loyal and long-lived following, with good reason.

Outside the seasonal songs, Mona Lisa began like a pretty heartbreak, before the pair lifted it into full swing. Black Coffee is one of my favorite songs and Mia took it through its bluesy paces with her rich brown resonance. Oh, how I would love to be able to sing like that!

Double Take performed Cyndi Lauper’s Time After Time, in the style of Tuck and Patti, the duo that influenced them so much, 17 years ago. 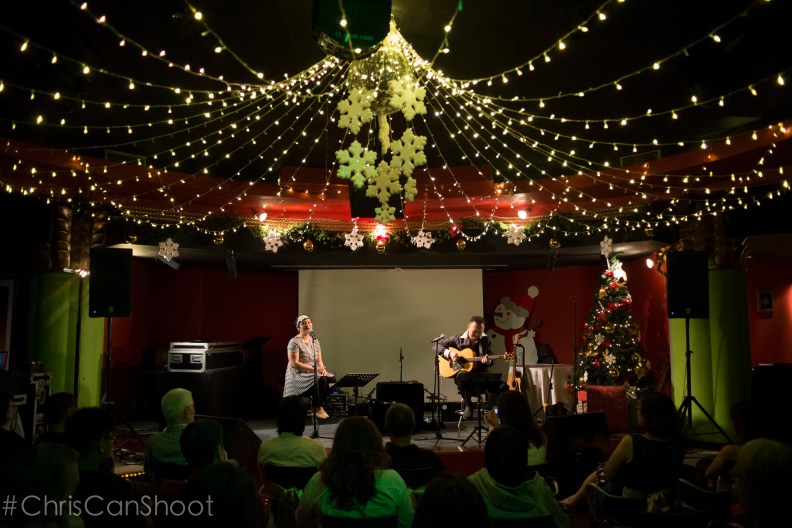 Then Michael Jackson’s Man In The Mirror and Billie Jean. (How do you do that as a duo? Because Roger Wang is like four musicians in one.)

Thank you Gordon Pan for bringing us to front row seats. Later I found out my mate Yap brought some SabahSongs books to sell, and I ended up signing one.
Photographer Chris Pereira kindly passed me a few of his pictures.

Thank you Sabah once again for the music. X